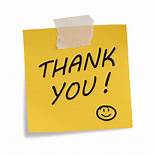 Discover the Taste is Budgens quality range of foods. I didn’t expect to find mince pies in (what I thought was just) a petrol station. I like being surprised when the end result is pastry and mincemeat.

The box is mostly black, with a picture of four pies placed on a dark surface. The surface is highlighted with light flecks, which are probably the ‘light dusting of sugar’ mentioned in the description. I’m unsure why this part of the description is written in green and underlined.

The box has a window, so you can see the goods before parting with £2, although, based on the pies looking back, I wanted to pay about 47 pence. They aren’t eye catching. the lids look very pale and the stars on top aren’t raised enough to make any impact.

Despite appearances, the pies were tasty. They were quite deep and there was a good amount of wetter, alcoholic mincemeat which was pleasing to eat.

I’d drape some cream on these, destroy them with a fork and serve them that way, otherwise they wont wow a crowd.

Negative – They are uneven and look too pale -2